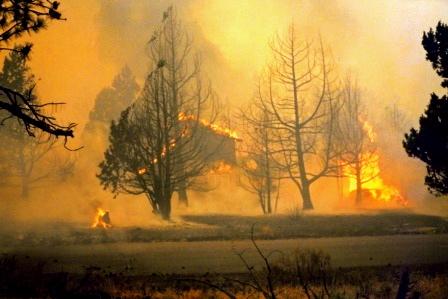 The 1996 Skeleton Fire burned nearly 18,000 acres on the eastern flank of Bend, and 30 structures were damaged or destroyed. This wind-driven fire accomplished most of its damage in just a few hours, but for a time kindled fears that its destructive toll would be far worse than Awbrey Hall´s. Awbrey Hall had burned from north to south and skirted the western edge of the city, whereas Skeleton started on the eastern edge and burned west, heading for the heavily populated southern half of the city.

After this fire a great idea was born, the 10 steps to wildfire preparedness designed by, then Bend Fire Marshal, Gary Marshall.

A representative from Safeco Insurance called Bend’s Fire Marshal, Gary Marshall, offering to contribute to the purchase of new firefighting equipment. Marshall gently rejected the offer. Instead of buying equipment, he had something more effective in mind.

“A new piece of equipment might save one more home,” Marshall said. “But to really save homes, individuals have to take responsibility for their property before a fire”. His ultimate aim: To change the values and behaviors of citizens for generations to come. 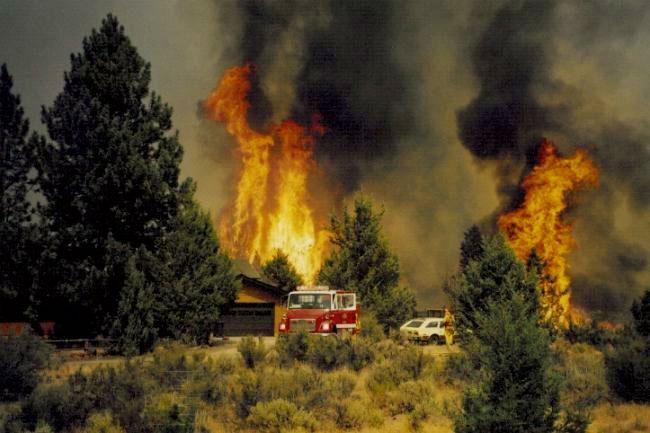 Marshall’s innovative thinking paid off and FireFree was born. Through a partnership with Safeco Insurance and dozens of local businesses, fire agencies and private citizens, FireFree was launched in Bend in 1997 to promote 10 simple steps that homeowners can take to prepare their homes for wildfire and reduce their risk of loss.

The number one FireFree tip, and the main focus to the behavior change campaign, is to create “defensible space”, a minimum 30-foot buffer zone around a house that can be created in one weekend, and easily maintained.

More can be read at WildFire Today.